The president of the United States, Joe Biden, plans to host various African leaders in Washington for the December summit. This announcement was made after the meeting with Mohammed bin Salman, the Crown Prince of Saudi Arabia.

The summit is scheduled to come up on the 13th of December, 2022. The date was announced after President Biden described the U.S. commitment to Africa as “enduring”.

In a statement made by President Biden, he said “the summit will demonstrate the United States enduring commitment to Africa, and will underscore the importance of the U.S.-Africa relations and increased cooperation on shared global priorities”.

The meeting is aimed to foster new economic engagement; reinforce the U.S.-Africa commitment to democracy and human rights; mitigate the impact of COVID-19 and future pandemics; work collaboratively to strengthen regional and global health; promote food security; advance peace and security; respond to the climate crisis, and amplify diaspora ties

Purpose of the Summit

President Biden believes that the meeting with the African government home and in the diaspora will help tackle some of the world’s challenges.

Following the drought in the Horn of Africa, the United States through its International Development Agency (USAID) provided about $114 million in support of African citizens that were affected by the unprecedented drought in Ethiopia, Kenya, and Somalia.

Also, The U.S. referred to its support in the area of food security. Last month, President Biden’s administration said it will support the African countries in their fight against high food costs, fuel, and rising prices of fertilizer in the countries which need the most support.

In regards to this, the African Development Bank (AfDB) has commenced the operation to increase food production on the continent, to avoid the food crisis as a result of the Russia-Ukraine conflict.

In agreement with this, a $1.5 billion African Emergency Food Production Facility was approved by AfDB’s board of directors.

Furthermore, the United State will provide $760 million in packages. This is to fulfill its contribution to the G7  promised $4.5 billion to address global food security.

USAID helps the Horn of Africa

The U.S. Agency for International Development (USAID), has announced that the organization would provide $1.3 billion in support to help stave off mass starvation and deaths.

The funding is said to be used across major problems like famine, child malnutrition, agriculture, to prevent the lives of livestock and crops, healthcare, and clean water amongst others. However, women and children are not neglected in the support. 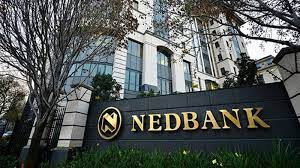 NedBank Collaborates With Africarare to Offer Banking Services on the Metaverse