This he made known at an online event to officially launch “Sango coin” and “Crypto Island” using a new digital system powered by blockchain technology.  Crypto Island is a platform to foster virtual currency for the replacement of banknotes and drive tokenization to pave the way for the natural resources of the Central African Republic. However, just a few details were said on the modalities and time for the creation of the coin and platform.

How Sango Coin Came to Existence

The Sango coin initiative, a name derived from their official and French language, came to place as a result of the severe global cryptocurrency crisis. Where the price of Bitcoin falls, leaving trading and crypto platforms in bankruptcy.

Président Touadéra regretfully says “Africa, where about 57% of her population suffers from lack of infrastructure and unbanked, makes it difficult for inhabitants to have access to financial services. To solve this, smartphones will be used to serve as platforms for trade and investment in bitcoin.

Following the statistics of the United Nations (U.N) and world bank, Touadéra, the head of the second least developed country, where about 71% of its inhabitants live below the international poverty rate, and 14.3% of the total population has access to electricity and less to the internet has said the smartphone will substitute for traditional banks and other financial bureaucracy.

He further says the Central African Republic, is on its way to tapping from her mountain of wealth which includes gold, diamonds, rare metals, and Sango coin. The Sango coin will serve as a channel to invite and attract business moguls, investors, and tourists to skyrocket the country’s economy.

However, the additional currency has been a bone of contention and has been disapproved by many international bodies. With all pointing accusing fingers at Faustin Archange Touadéra. He was said to have traded his country’s economy to Russia and the “mercenaries” of the sulphurous Wagner for military backup against rebels

The Central African Republic has been a victim of civil war since 2013 and has decreased in intensity as of 2018. 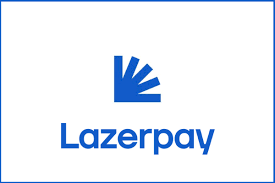